The SAP SuccessFactors H1 2021 Performance & Goals release update is now in preview. According to the SAP SuccessFactors 2021 release schedule, the second-half update will go into production on May 21st. To help you out, we’ve broken down the major updates into bite sized pieces to help you get ramped up on the latest changes.

Additionally, we hosted a LinkedIn Live with our experts to discuss the SuccessFactors H1 2021 Talent release.

Now let’s jump into the latest in the Performance & Goals release:

The benefit of the Automatic Population is to achieve feature parity with the legacy Goal Management.

How to turn it on: This is a universal update 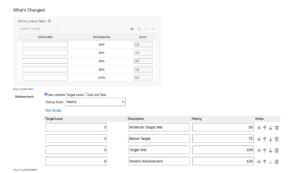 Attachments to Activities for CPM: Users can now add up to 5 attachments for each continuous performance management activity. Enable Attachments on Activities is enabled on the Continuous Performance Management Configuration page.

How to turn it on: Admin Opt-in. 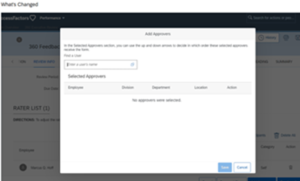 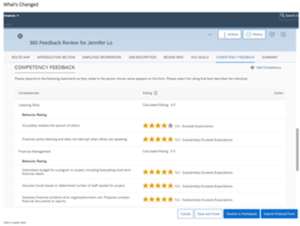 More to Come for the latest SAP SuccessFactors 2021 Releases

Managing releases takes a lot of effort. With that in mind, we compiled the best tools out there in our e-book The Ultimate Guide to Managing SAP SuccessFactors Release Updates