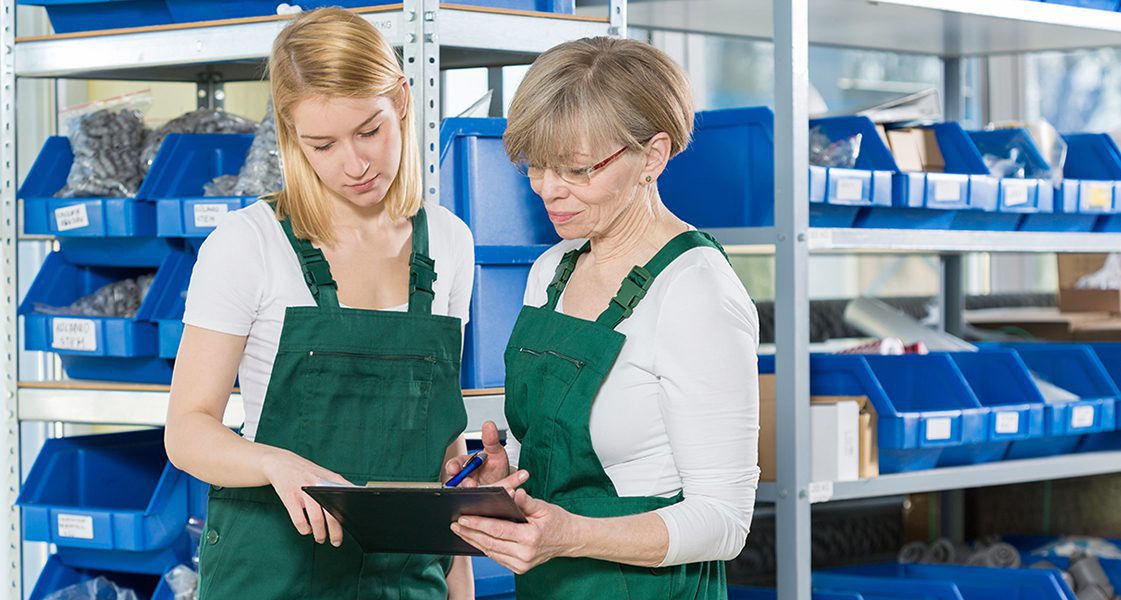 How Retailers Can Better Support Women in the Workplace Through Mentorship, Sponsorship, and Allyship

Worldwide, women have been disproportionately affected by the pandemic. Government census data indicates that most women work at lower-paid retail jobs. Couple that with the difficulty in scheduling childcare during retail hours and the increase of kids studying at home and it adds up to a tough couple of years for women. 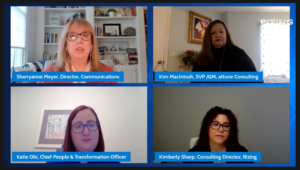 Rizing’s Director of Corporate Communications Sherry Meyer recently hosted a LinkedIn Live conversation with other women in the tech industry to discuss ways retailers could better support women in the workplace.

Joining in on the call were:

Mentoring Women in the retail Workplace

When it comes to developing employees in the workplace, mentorship programs are often the first suggestion.

A recent Harvard Business Review article described a business mentorship as “a relationship between someone sharing knowledge and providing guidance (the mentor) and someone learning from that person’s experience and example (the mentee).”

“One of the biggest reasons why people stay at an employer is culture,” she says. “Mentoring can play a role in creating a more inclusive culture.”

For Rizing’s Katie Obi, mentoring is just the start.

“There have been lots of successes through mentoring programs,” she says. “But I don’t think mentoring goes far enough to make an impactful difference.”

“Sponsorship is senior leader initiated,” she says. “It’s a proactive relationship between them and a high-potential person in the organization. The sponsor gives action-oriented career advice and lobbies for their participation on high-profile projects and stretch assignments. This helps high potential women grow their careers. It can also change the leadership dynamic of the organization.”

But there’s a risk with sponsorship.

“A lot of white male leaders tend to sponsor people that remind them of themselves,” Obi says. “It perpetuates a cycle and that’s where allyship comes in.”

“Allyship is actively and consistently using our positions of privilege and power to support and advocate for people with less privilege,” Obi says.

Ways to be an ally in the retail workplace:

And give yourself some grace.

“It’s not about one action that gets things perfectly right,” Obi says. “It’s about the small steps that add up over time and taking an active role.”

The conversation went on to discuss how retail employees and employers get mentoring, sponsorship, and allyship programs started.

How retailers Can Take Action

“It’s creating the environment, making it completely appropriate to have those conversations in a nonjudgmental way,” says attune’s Kim MacIntosh. “Maybe even unofficially to start and then more formally as an organization.”

Give employees the time

“Creating a strong culture is about creating the time within the workday,” says Kimberly Sharp. “It’s about saying to somebody you can take an hour to have a conversation with a mentor and prioritize that over whatever fire drill you happen to feel is going on.”

“I would love to see more companies formalize education around sponsorship and maybe even launch a pilot program this year.” says Sharp. “We have data that says women get stuck at entry level management positions. Sponsorship is the way we get unstuck and move higher in the organization.”

How retail employees can take action

“Instead of asking someone to be your mentor or sponsor for a year,” Sharp says, “Lean in a little bit and say ‘I’d love to learn how to do what you just did. Can you take 10 minutes and show me?’ That’s a much easier conversation to have with somebody.”

Look outside your current employer

“I have people who mentored me 25 years ago,” says Macintosh, “and I still reach out to them for advice. It would be very easy to build that kind of network outside of your current role and company.”

“As women we have to be allies to our male coworkers,” says Sharp, “When we hear men doing things like taking paternity leave, we need to applaud and be flexible with them the way we are asking them to be supportive of us.”

For everyone: work towards your legacy

For employers and employees alike, the enormity of the situation can make it a non-starter.

“Think about what legacy you want to leave behind,” says Katie Obi. “Let that be your guide, then set a goal to spend 5 minutes a day doing something that helps you build that legacy.”