With the SAP SuccessFactors H1 2020 Performance Management release, it’s that time again where SAP unveils all the latest innovations. The SAP SuccessFactors release schedule has moved from quarterly to twice-yearly. While the updates and optimizations are less frequent, it does mean more tangible changes when releases arrive.

The preview release for H1 goes live on April 10, with the production release now delayed to June 5 to give customers extra time during the COVID-19 outbreak.

For the first half of 2020, there are plenty of updates in the Performance Management release, so let’s look at what’s new.

SuccessFactors has been working hard to achieve parity across the design and functional elements for its entire suite to meet the Fiori standard, and these enhancements are another check in the box for that goal. This release, SuccessFactors has now included Fiori versions of:

How to turn it on: Provisioning Opt–in

Autosave for Comments in 360 Reviews

Similarly, to the Fiori feature in Performance reviews, the system will now autosave comments every five seconds. The manual save button is still accessible.

A new API function has been created in OData for import of 360 reviews to submit them in the “evaluation” stage. 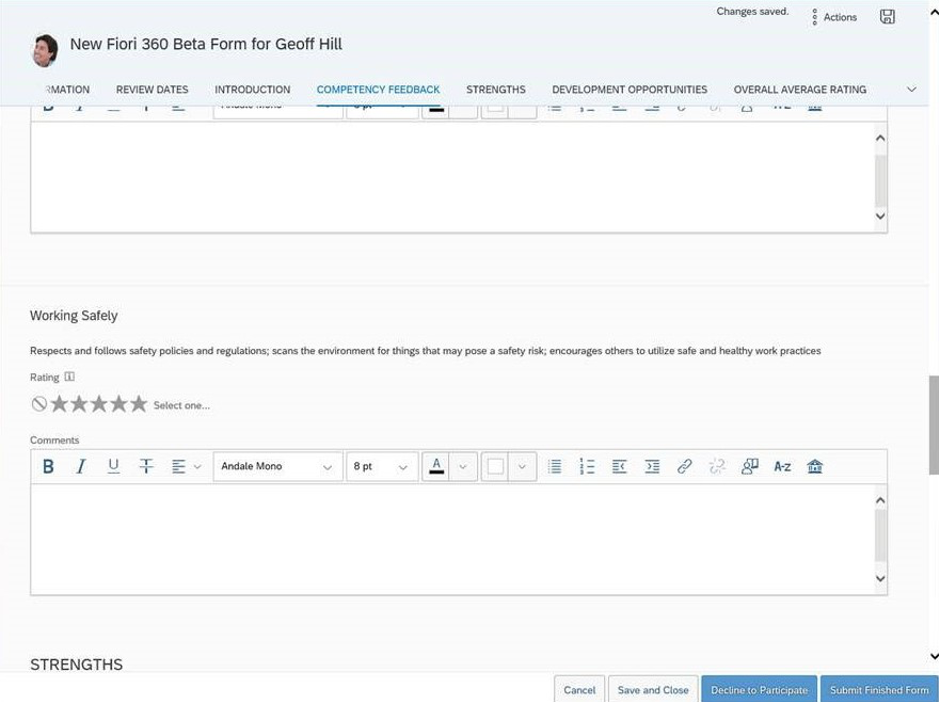 Thankfully in the H1 2020 Performance Management release, it’s not only 360 reviews that got all the attention. The other Performance features also got some much-needed love.

This brand-new enhancement of CPM gives the ability within Meeting mode to allow users to create, edit, and delete short topics, to be discussed during 1:1s. This further enforces the drive for owning and participating in regular 1:1s between Managers and Employees. To streamline the form, the “other topics” section has been repurposed for this enhancement. 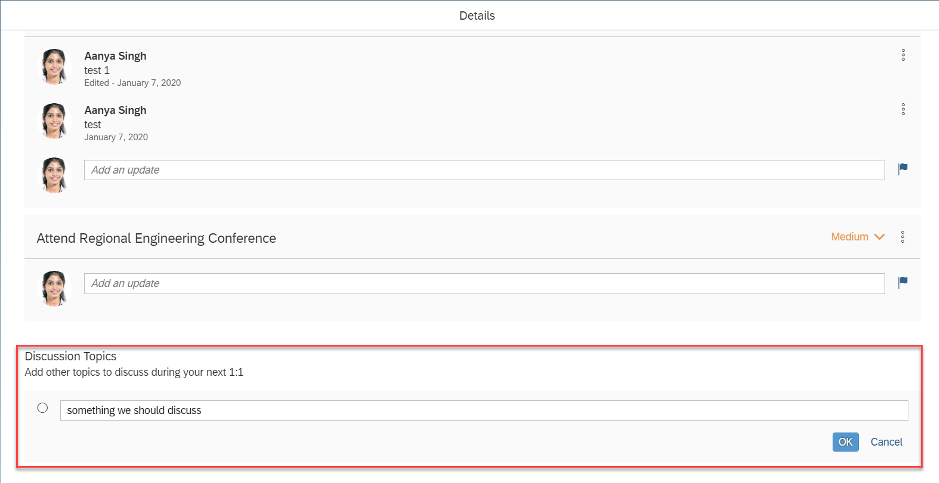 SuccessFactors have redesigned and enabled “restricted-availability” (meaning that this can be permissioned in RBP for testing/pilot programs) of the Continuous Performance Management functionality. This version is designed to be extremely lightweight and easy to use, and so forgoes some of the advanced functionality. The following is NOT included in the redesigned version:

Another commonly requested enhancement was somewhere that an individual could store notes, that remained private to them. In the H1 2020 Performance Management release, Meeting Notes has been created that remain attached to the meeting history and remain private to the individual. Managers cannot see the notes of their reports and vice versa. Furthermore, administrators can generate reports from the meeting notes data.

A new administrator facing option has been created where they can now prevent users from deleting feedback received. By default, this is off (meaning feedback CAN be removed), but an administrator can tick the box to disable the ability to delete feedback 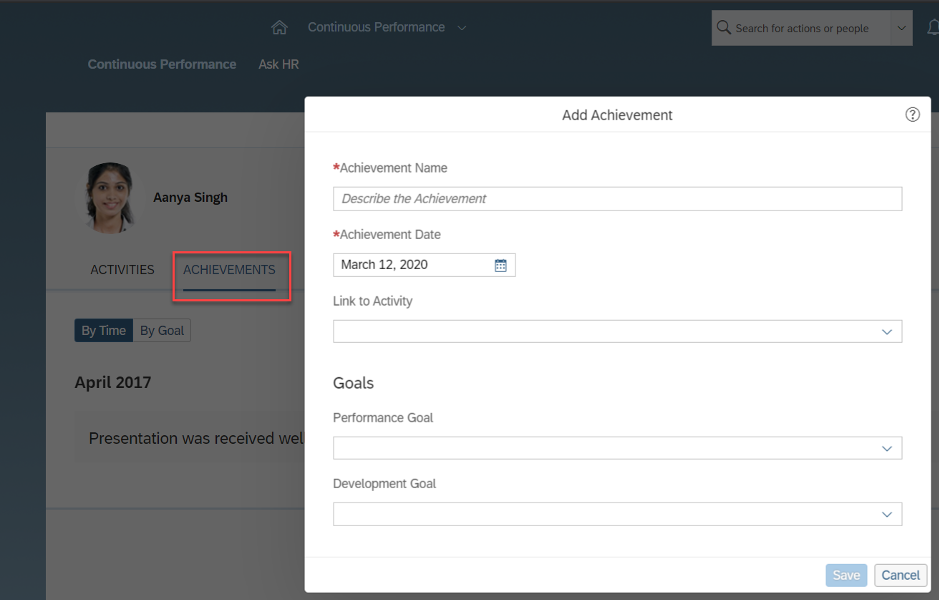 An enhancement to bring rater user role into account when calculating final ratings, this enhancement is particularly helpful when multiple people are rating an individual’s performance form.

Using Business Rules to apply a weighting to the given rating, the system can then calculate, depending on the rater’s role, a weight to their rating. This enhancement is designed to bring more flexibility to multiple raters on a performance form. Some further configuration is required, including the creation of two business rule scenarios.

Qualtrics Feedback from Employees After a Performance Review

The Qualtrics–SuccessFactors integrations are slowly being rolled out, and one of the first for Talent Management modules is the ability to gather feedback from Employees post Performance Review.

Getting feedback from employees on the Performance Management process is vitally important, and with this integration becomes a natural extension of the process in place. Enabling this functionality requires Qualtrics Experience Management licensing. 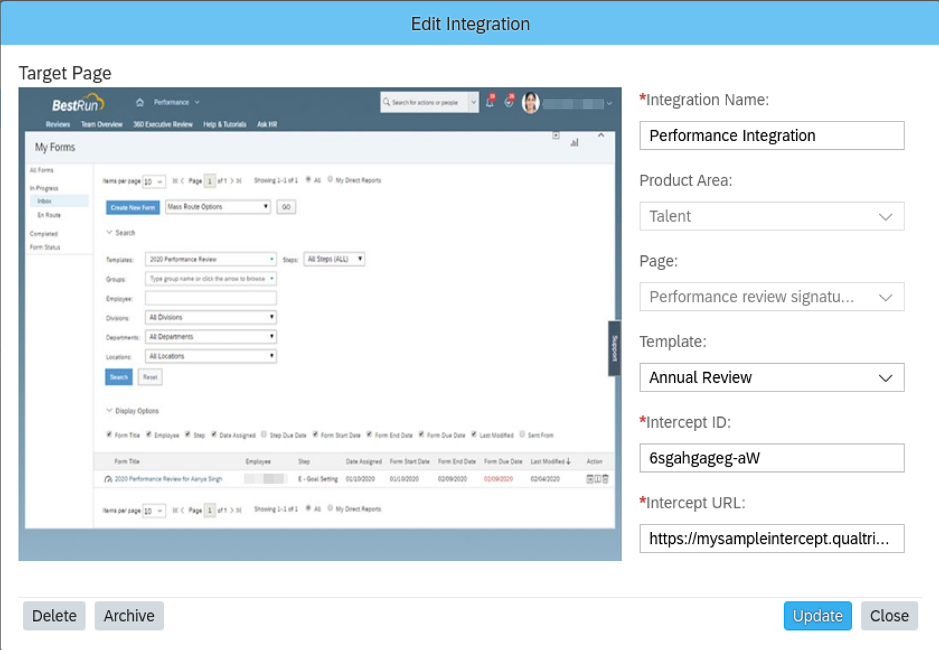 Having the flexibility to be able to remove incorrectly added signers to a performance review has been requested for a while. Previously once the form is routed forward, only an administrator was able to adjust the signers in the process. This enhancement allows the users (with the correct permissions) to remove the wrongly added signers from the process. Once the signer has been removed, the form will continue to be routed to the next step of the process, and the removed signer will get a notification that their participation is no longer necessary.

Too New to Rate is Supported as a Last Competency Rating

The “Too New to Rate” rating has always been a rating that never gets considered as part of the overall rating scheme/historical rating for forms. With this update, the “too new to rate” is now supported and no longer gets filtered out as the last competency rating. This is especially important when an employee is either new to the organization or to the role where they can’t be rated as normal.

The H1 2020 Performance Management release is just a small part of the latest SAP SuccessFactors 2020 update. Continue to follow Rizing HCM on LinkedIn for release analysis of more modules in the coming weeks. Customers should also follow the SAP SuccessFactors Community Page for the latest updates and roadmaps.