The H1 2020 Learning release in SAP SuccessFactors is now available in preview. As a reminder, the SAP SuccessFactors release schedule has moved from quarterly to twice-yearly. While the updates and optimizations are less frequent, it does mean more tangible changes when releases arrive.

The preview release for H1 went live on April 10, with the production release now delayed to June 5 to give customers extra time during the COVID-19 outbreak.

Let’s look at the major enhancements for H1 2020 in SAP SuccessFactors Learning. As a reminder, for this release, SAP SuccessFactors has launched a new tool to view release data – What’s New Tool. You can read our detailed coverage of the release below, and also check out our LinkedIn Live broadcast where we went over the release highlights and answered questions from customers:

After two or three releases without any Learning enhancements, we knew something big was coming. SuccessFactors have been cognizant of the fact that the technology that the LMS was initially built on for the admin UI, in this case, Adobe Flash, was now becoming limited with its feature set, but also more importantly is now due to be retired in Q4 2020. Since last year, the major web browsers have begun to stop supporting Flash elements in favor of HTML 5. SuccessFactors have spent a lot of time to redevelop the whole of the admin user interface, and in H1 they are rolling out a major update to the user experience for the LMS. There are many key UI enhancements, and it’s with this that we start breaking down the LMS release.

Note: The mobile-specific aspects of the H1 2020 Learning update will be covered in our next blog.

The first item is the most significant change that the LMS has received in several years. To ensure that the LMS can continue to be used past Q4 2020, SuccessFactors have rebuilt the entire admin user interface using SAP Fiori. Not only does this technology give SuccessFactors a tried and tested platform to work and plan the future of the LMS on, but it also extends the design elements from everywhere else in the SuccessFactors ecosystem to the LMS. From November 2020, users will no longer be able to use/see any Flash elements in the UI, and customers should already start planning in migrating/converting any existing Flash-based learning content to HTML5. 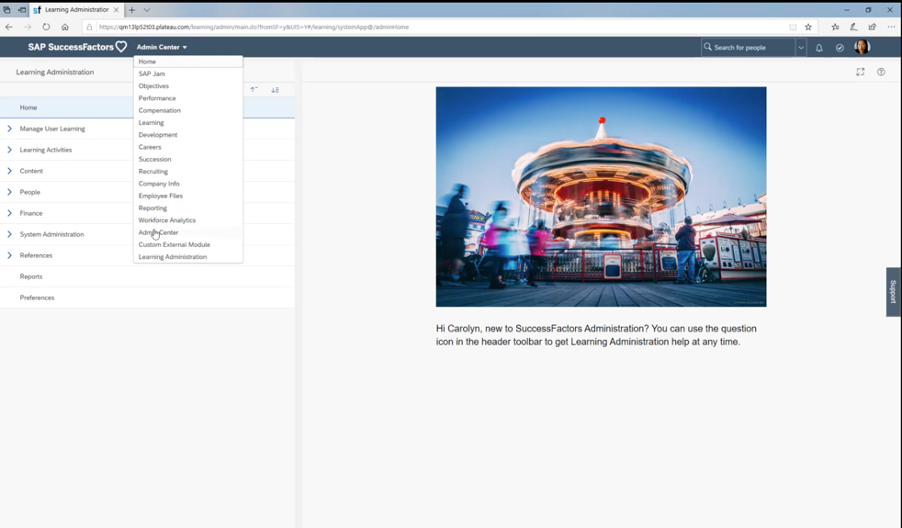 A personal bugbear of mine was how, when creating Online Items that a specific process needed to be followed, and if you forgot to follow the process as it was unintuitive, then the Online content would not launch correctly.

SuccessFactors have now enhanced this process by streamlining and improving the efficiencies when performing this task. Now, instead of setting the online characteristics of the content object(s) of online items AFTER you had added it to the item, the system allows you to set the object settings before you need to do the general launch, progression, and completion behavior.

Another UI enhancement is the removal of iFrame when the LMS was integrated with SuccessFactors. Owing to enhancements with Fiori, this is no longer necessary. As a result of this enhancement, the URL changes to a native URL as the application no longer sits in the iFrame. There may be a requirement to change any deeplinks that are not pointing to direct links and updating them, so they continue to work. If customers were previously using the direct links, then no action needs to be taken.

The advantage of this enhancement includes fewer scroll bars on the interface, resulting in more usable screen space, and some accessibility issues become resolved.

SuccessFactors have taken this UI change as an opportunity to update and change some of the terminologies in the system.

Some of the terminology changes include:

As you can see, most of these changes make more logical sense, and in most cases are labels that we’ve changed manually in the system, if requested. There are some exceptions, especially for administrators of the system, and these include (but not limited to):

A common request for enhancement for LMS was being able to filter on completed learning when it came to viewing Items as an administrator that was assigned to Learners. Previously the filters were All, Needs, and Requirements, but now SuccessFactors have added “Completed Items” and have renamed “needs” to “Other Needs.”

Improved Display of a User’s Assigned Items and Completed Items

One of the complaints of the system was the time it took to load some users (depending on how many courses and items they had assigned or completed) item lists. To help with the usability of the system, SuccessFactors have now limited this to 1000 records in the UI. They have also optimized the technical query that the system performed to load this data so that it is now more efficient and loads quicker. For more than 1000 records, it would be advisable to generate a report.

To reduce the burden on the system from running background report jobs that fail continuously, the system has now been implemented with a “four strike” rule, where if a job fails four times consecutively, it will automatically be deactivated, and a notification will get sent to an administrator and users of the reports. 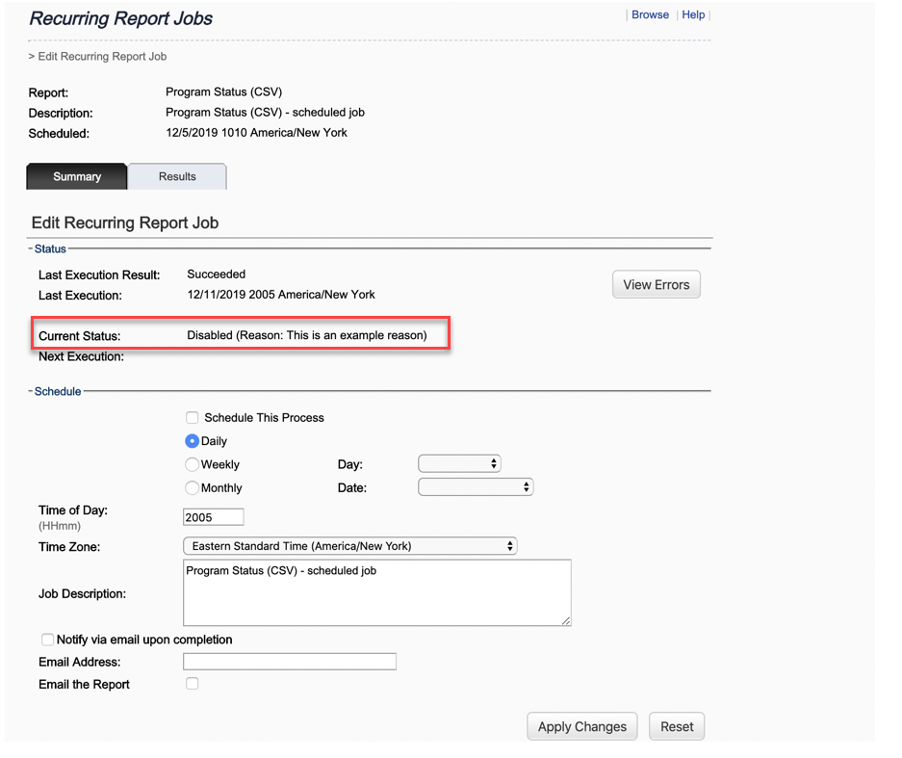 Time of Day and Time Zone Fields in Learning Connectors

SuccessFactors have made administration efficiency changes in the connectors as well. When Scheduling Connectors at an Hourly basis, they have now disabled the Time of Day and Time Zone fields as they do not have an impact on this particular frequency setting. This ensures that the admins that are scheduling the connectors are not wasting time in setting fields that do not need to be set. 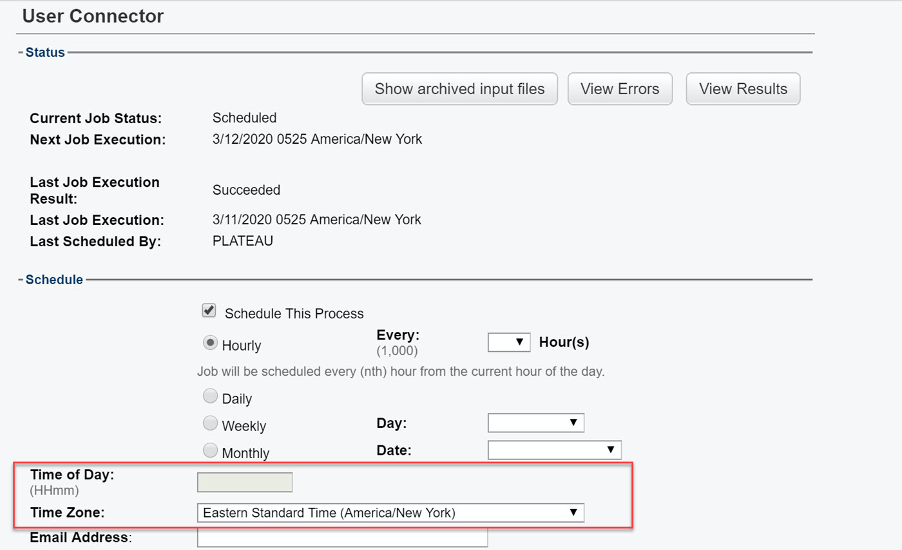 How to get it: Admin Opt-In.

The H1 2020 Recruiting release is just a part of the latest SAP SuccessFactors update. Continue to follow Rizing HCM on LinkedIn for release analysis of more modules in the coming weeks. Customers should also follow the SAP SuccessFactors Community Page for the latest updates and roadmaps.